On 4 September 2019 we had 18 of Play Badminton Club’s members participate in the first competition for the club. What a fantastic adrenaline pumping event it was where the semi and finals were played on centre court.

The players were giving it all their might leaving the spectators gasping and applauding. In true spirit of the club’s members they were complimenting partners and competitors on their deliveries.

There were nine mixed double’s teams in total divided into three groups A, B and C, the first round saw each Group’s teams play one another. All the games were self-refereed and scores marked on the sheet.

The Group stage winners entered the semi-finals, these were:

These teams played the stretch of the court, swinging, jumping, ducking, smashing, flicking, cheering – the games were fast but leaving enough time to have a drink of water.

We then saw Teams 4 and 9 enter the finals playing best out of three. There was silence amongst the audience, some volunteered to be lines people and referees, the atmosphere was buzzing. The players covered every inch of the court, at times stretching and hitting high and long to make opponents run back, then returning short to try and win points. The rallies were great to watch -audience holding their breath, clapping and egging players on.

The winners of the night were Vishal and Sachin, from Team 9. Many congratulations and very well deserved winners.

The competition drew to a close with the winners, runners up and and third place holders being presented with trophies to cheers and applauds from all other participants, regular and new players and having their photos taken.

Well done all for a brilliant competition and look forward to another next year. 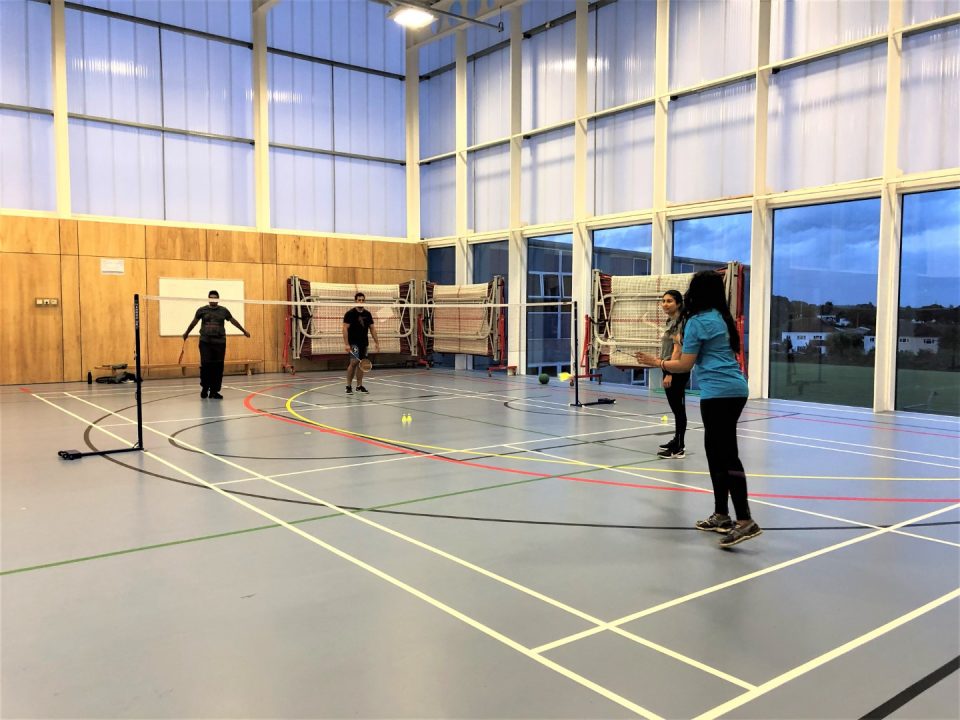